How to structure your answer 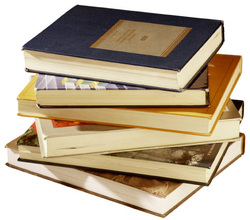 It is crucial that you structure your comparative answer carefully and logically. The question is not testing your memory of the minor details of the text, so writing summaries is more or less pointless. Instead, you are being tested on your ability to draw comparisons and contrasts between two or more texts under a given heading (the mode).

You must read the question very carefully. The examiners are becoming stricter when dealing with essays that deal generally with a mode, but don't engage directly wiht the specifics of the question (i.e. when a student writes an essay they have learned off, with only minimal regard to the question asked).

Each paragraph should contain reference to each text and make links between them. It's not enough to simply explain how, for example, the theme is introduced in each text. You must compare how each text has introduced the text, using phrasing such as that listed on the previous page.

A useful way to avoid writing summaries is to make use of key moments. These are important or dramatic points in the text where something significant happens to advance the plot or affect a main character. Assume your examiner is familiar with the text and resist the urge to explain events leading up to the key moment. One sentence is the maximum you should allow for introductory explanations. After that, you need to be directly addressing the question.

At the start of your answer, you must clearly set out your three texts. This can be done as simply as, "The three texts I have studied are X by Author 1, Y by Author 2 and Z by Author 3." It's important to name both title and author, and vital that you spell all of this correctly!

After you have identified your texts, you must address the question. When choosing your question (remember, you will have four to choose from, so make a careful selection) you should have underlined the key words of the question. Make use of these in your introduction to alert the examiner to the fact that you're not just rehashing an essay you did for class.

Take, for example, the 2012 question on Literary Genre: “Authors make use of a variety of techniques to shape memorable characters.”

(Identify texts) I have studied "Pompeii", by Robert Harris [P], "I'm Not Scared" [INS], directed by Gabriele Salvatores, and "Translations" [T], by Brian Friel. (Address question) In each of these texts, characters are presented to the audience which linger in the memory long after we have finished reading or viewing the text. The vividness of these characters can be explained by examining the various ways in which the authors present them to us.

(Choose one text, one character and one technique) In P, Attilius, the aquarius, makes a lasting impression. Harris uses very skilful narration throughout the novel to help us gain a greater sense of each character. Although the narration is in the third person, it follows a particular character's point of view. This allows us gain a remarkable level of insight into the private thoughts of Attilius. We learn much of his back-story (regarding his mother, sister and late wife) in this way. This adds considerable depth to his character. (Choose a second text, a second character and a comparable technique).